NBA Live 18 - Read This Before Creating a Wing Position Player

Wing is one of the three NBA Live 18 positions. Users who choose to build a wing character should know that these players rely not just on their size but also on speed. Their job is to cover the sides of the court. Wing comes with four play styles. There are two offense, one is defense, and there is also a hybrid play style.

Wing shooter is one of the two offense play styles. The primary skills for this play style are three point shot, mid-range shot, contested shot, and shot of the dribble. The secondary skills are passing, on-ball defense, and dribbling. The three traits are free throw, late to the party, and quick pass. The perk is called Get Open. Players increase their shooting accuracy based on how much time they are open before a catch and shoot. 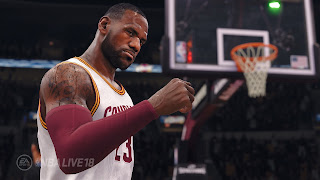 Wing scorer is the other available offense play style. The primary skills are dunk, shot off the dribble, dribbling, and mid-range shot. The secondary skills are inside shot, contested shot, and layup. The three traits are on-ball defense, dunk, and draw foul. The perk for this play style is Inside Out. The players increase the outsides shooting accuracy based on how many points they scored in the paint.

Hybrid wing is the available balanced option. The primary skills are post moves, dunk, rebounding, and mid-range shot. The secondary skills are on-ball defense, layup, and inside shot. The traits are corner three, dunk, and passing. Locked In is the perk that buffs defensive skills when the player finishes at the rim.

So, what do you think about NBA Live 18? Have you bought this game? If you want to buy more Game Keys cheap from online stores, please stay tuned with us for more cd keys information.
发帖者 game keys 时间： 00:12